Maine Loggers Gain Right To Bargain But Will They Stick Together And Do It?

Maine loggers and wood haulers now have the right to engage in collective bargaining after Governor Janet Mills signed into law on June 7 LD 1459, “An Act To Expand Application of the Maine Agricultural Marketing and Bargaining Act of 1973 to Harvesters and Haulers of Forest Products.” Maine Senate President Troy Jackson,D-Allagash, who is also a fifth-generation logger, sponsored the bill. 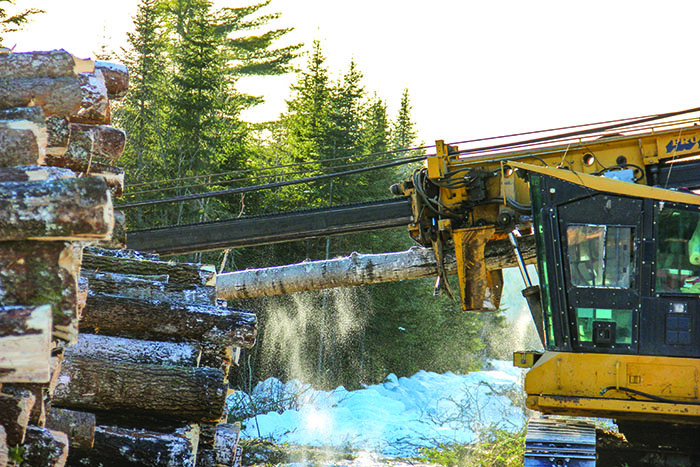 Contractors are generally not granted collective bargaining rights. However, states can exempt certain industries from federal anti-trust laws, and Maine had already made anti-trust exemptions for other key agricultural industries in the state—potato farmers, fishermen and lobstermen—to form cooperatives and collectively bargain for improved conditions. This new bill extends the same exemptions to timber harvesters and log haulers by expanding the definition of “independent agricultural contractor” to include those who harvest or haul forest products under contract.

As the bill was debated in the state legislature and loggers and truckers were asked to testify, Jackson says, “The landowners were sitting right there in the front row. It was an intimidation tactic.” Retaliation from landowners was an obvious concern for many, and while many still came forward, many others didn’t. Jackson doesn’t blame them. “I can’t in good conscience put people at risk.” Instead, many who were already retired spoke on their behalf.

Most of the voting followed party lines and Republicans don’t believe in collective bargaining, Jackson notes. The bill passed 21-14 in the Democrat-controlled Senate but was much tighter in the House, which is closely split between parties. In the end, Jackson convinced two Republicans to cross the aisle and vote his way.

“It was a significant win but I remember the losses we have been through so many times.” What he thinks is different this time: this time they have the International Assn. of Machinists and Aerospace Workers (IAMAW) union, with its 700,000 members, political connections and resources standing with them. With IAMAW support, around 200 Maine loggers have formed the New England Loggers Cooperative and selected Jackson as the new organization’s first president. (The example was set by the Maine Lobster Union, formed in 2013 as IAMAW Local 207.)

Jackson says it could work a lot of different ways. “The number one thing in the legislation is that there is no violation of anti-trust laws if two loggers talk about prices.” Loggers are now allowed to negotiate; it will be up to them to do so. The goal is for loggers to be able to negotiate better pay, better hours and the ability to offer health insurance via a co-op.

“If the loggers can stick together and form the cooperative the bill refers to, then this could be a game changer for the current procurement system that has stymied loggers for decades,” according to Danny Dructor, the Executive Director of the American Loggers Council. “They would do well to take a look at the practices and outcomes from the farmers who are members of cooperatives who have been operating successfully under this structure.”

Log In, Logs Out, Gains Up: Getting logs down and to the landing can be a handful — but logging into John Deere Precision Forestry can help take a load off your…

END_OF_DOCUMENT_TOKEN_TO_BE_REPLACED 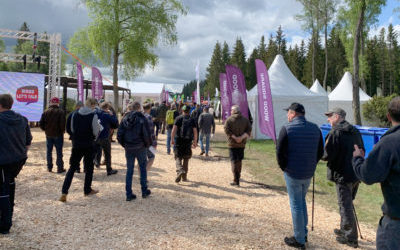 Elmia Wood 2022 was held in the forest of Bratteborg, outside Jönköping, Sweden June 2-4, 2022—the first event in nearly five years thanks to the global pandemic. Nearly 26,000 visitors walked through the show site, featuring over 270 exhibitors from 22 different countries…

END_OF_DOCUMENT_TOKEN_TO_BE_REPLACED 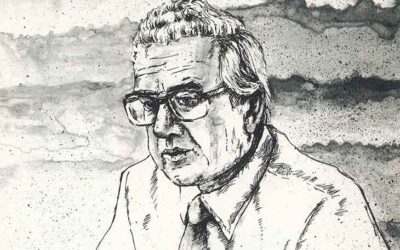 George H. Weyerhaeuser Sr., who served as president and CEO of Weyerhaeuser Co. from 1966 to 1991 during an exciting period of wood products development while encountering new timber supply challenges brought on by an aggressive environmental movement in the Northwest, died June 11, 2022 in his sleep at home in Lakewood (Tacoma), Wash. He was 95…