Spotted Owl Back In Court

Preservationist groups and timber industry interests have filed lawsuits against the U.S. Fish & Wildlife Service over developments concerning critical habitat acreage designation for the Northern Spotted Owl, which has been listed as a “threatened” species (not endangered) since 1990 under the Endangered Species Act.

Federal acreage set aside for the owl, and related reductions in national forest timber sales caused a major disruption to the Northwest forest products industry in the 1990s that lingers to this day.

Preservationists filed a lawsuit March 23 in U.S. District Court for the District of Oregon, Portland Division, claiming USFWS bypassed procedures, laws and all reasonable discretion when in January the USFWS ruling published in the Federal Register eliminated 3.472 million acres of federal land from the owl’s critical habitat designation in Washington, Oregon and California counties—an amount that was increased from 204,000 acres in 15 Oregon counties in a preliminary proposal by USFWS in 2020.

Preservationists are asking that the USFWS ruling be totally struck. Some of the preservationist groups acting as plaintiffs include Wilderness Society, Sierra Club, Audubon Society, Environmental Protection Information Center and others.

Meanwhile USFWS delayed the effective date of its ruling through the end of April and possibly beyond, calling for more public comment. One of the reasons for the delay, according to USFWS, was that the incoming presidential administration recommended that all rules published in the Federal Register but that had not taken effect should undergo further review.

USFWS stated, “We are delaying the effective date of the final rule to give us time to consider questions of law, policy and fact in regard to that final rule,” adding that “in light of the litigation history of northern spotted owl critical habitat designation, we are reviewing whether the rulemaking was procedurally adequate.” 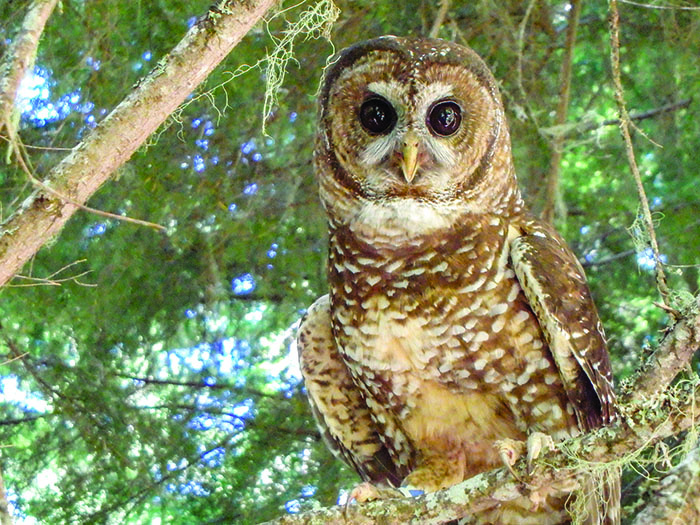 Subsequently, American Forest Resource Council joined the Assn. of O&C (Oregon & California) Counties and other counties in Washington, Oregon and California in a lawsuit challenging the USFWS delay in implementing its January ruling.

The January 2021 critical habitat designation removed areas that are not habitat for the owl and have been set aside for timber production under the Northwest Forest Plan and federal law, according to AFRC, adding that acreage setasides for the owl this century have cost Pacific Northwest communities more than a billion dollars and over a thousand family-wage jobs, while providing little benefit for species conservation.

“The 2021 designation aligns NSO critical habitat with federal law, modern forest science, and common sense at a time when unprecedented and severe wildfires threaten both owls and people from northern California to Washington State,” AFRC stated. “We are challenging the delay because it violates federal laws and wrongfully restricts timber harvests on non-NSO habitat.”

The delay also restricts the use of active forest management tools that help reduce the risks of severe wildfires—the kind that burned more than 560 square miles of suitable nesting and roosting spotted owl habitat in Oregon last year, AFRC stated. The AFRC lawsuit, filed in U.S. District Court for the District of Columbia, alleges USFWS failed to provide a lawful justification for the delay, nor did it provide the public with notice or opportunity to comment.

Critical habitat acreage designation for the owl has hovered around 6.8 million acres of federal land, not including national parks, national wildlife refuges, and congressionally designated Wilderness areas where logging is largely prohibited, since the original USFWS designation in 1992.

The AFRC lawsuit argues the USFWS critical habitat designation was the product of extensive public comments and is consistent with the agency’s obligations under the Endangered Species Act and the O&C Act. The lawsuit asks the U.S. District Court to vacate the USFWS’ delay and declare the 2021 critical habitat designation as immediately effective. 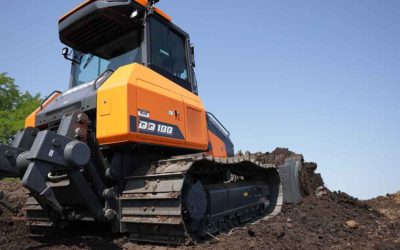 This dozer model is the first to be produced through the collaboration of various departments at Hyundai Doosan Infracore (HDI), including development analysis, market research, competitive benchmarking, validation and pilot vehicle assembly…

END_OF_DOCUMENT_TOKEN_TO_BE_REPLACED

A southwest Washington logger must serve 60 days home detention and repay more than $163,000 after he admitted stealing workers’ comp benefits from the Washington State Department of Labor & Industries (L&I), which administers the state workers’ comp system, from January 2018 to January 2020. James Thomasson claimed injuries from working in the woods led to disabilities that affected his ability to work, and a medical provider said he was eligible for lost wages payments…

END_OF_DOCUMENT_TOKEN_TO_BE_REPLACED 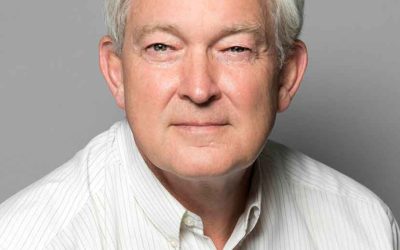 On August 2, Grant Somerville stepped away from his role as president of Tigercat Industries—related to his original intention to serve as president for a five-year term when he took on the role in 2017. Tigercat founder, Ken MacDonald has assumed the role of president; Somerville will continue with a company as a director offering advice and support to various initiatives focused on development of new products and improvement of existing products…