In late June, a U.S. District Court judge in Oregon issued a ruling preventing Scott Timber from clearcutting a tract of old-growth forest that was previously part of the Elliott State Forest. The court found that logging the parcel would harm and harass threatened marbled murrelets, violating the federal Endangered Species Act.

The ruling stems from a 2016 lawsuit that sought to block Scott Timber from clearcutting 49 acres of a 355-acre parcel because of potential murrelet impacts. According to news reports, murrelets were documented in the 49 acre parcel more than 200 times by activist groups and Scott Timber’s own contractors.

Marbled murrelets are listed as “threatened” under the U.S. Endangered Species Act. Yet in July 2021, state wildlife officials uplisted the murrelet’s state protected status from threatened to endangered under Oregon’s Endangered Species Act. Currently, the Oregon Board of Forestry is developing rules to protect murrelet habitat on state and private timber lands.

Spotted Owl Back In Court In 2021 alone, natural disasters caused $145 billion worth of damage across the U.S.—and experts are forecasting above-normal hurricane and wildfire seasons this year. Since 2012, Oregon Products has been working to ensure that disaster cleanup professionals…

END_OF_DOCUMENT_TOKEN_TO_BE_REPLACED 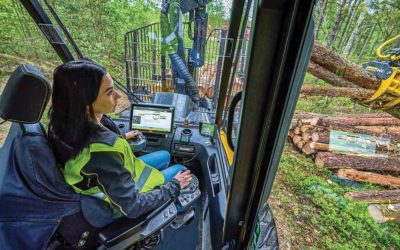