In 2021 alone, natural disasters caused $145 billion worth of damage across the U.S.—and experts are forecasting above-normal hurricane and wildfire seasons this year. Since 2012, Oregon Products has been working to ensure that disaster cleanup professionals, volunteers and community members have the tools they need to get back on their feet. The company’s Disaster Response Team, which is comprised of Oregon specialists, brings trailers stocked with tools and replacement parts to affected areas to help service and safely repair the chainsaws in an all-out community cleanup effort.

Over the last decade, the Disaster Response Team has volunteered in numerous relief efforts. 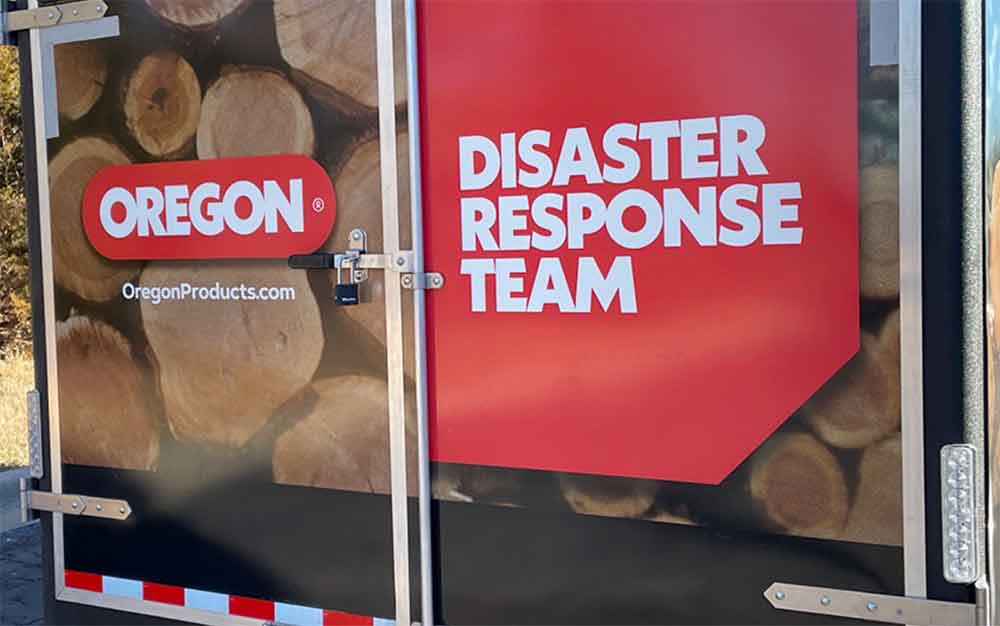 “The work that firefighters and cleanup crews do in the aftermath of a natural disaster is crucial, and they need the right tools to get the job done,” says Paul Tonnesen, CEO of Oregon Tool. “By sharpening chains and repairing chainsaws, we’re leveraging our resources for a higher purpose—to spur an important aspect of the recovery in communities both for the people and their environment.”
Oregon’s Disaster Response Team is part of the company’s “t.r.e.e. Initiative.” The initiative expands on Oregon’s core value of global stewardship and its devotion to making a positive impact on people, communities and landscapes around the world.

For more information about the t.r.e.e. Initiative and the Disaster Response Team, visit treeinitiative.oregontool.com.

The University of Idaho is working with Idaho loggers to help develop forest industry employees by offering a new two-year degree program: an associates degree in Forest Operations and Technology. According to Idaho Forest Products Commission Director Jennifer Okerlund, offering the degree responds to forest industry officials in the state and provides a direct route to employment for those who are interested in the industry. “This is not a foresters…

END_OF_DOCUMENT_TOKEN_TO_BE_REPLACED

One of the things I most look forward to each year, working on Timber Harvesting, is the Logging Business of the Year award. From reading all the nominations of worthy candidates, to being a member of the voting committee where we each present our case for our given candidate, to helping Managing Editor Dan Shell get the notification letter printed the right side up on TH letterhead (the Baby Boomer to Millennial joke writes itself here…)—I just…