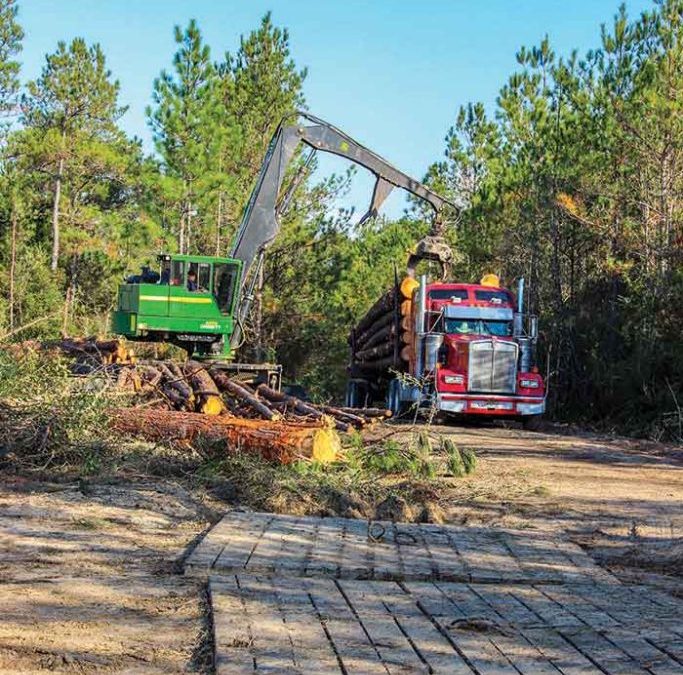 That’s a solid improvement in the last 20 years—the implementation rate was 87% in 1998—and remains at a high rate since the last survey in 2015 when overall BMP implementation was 94%.

The recently completed round of monitoring covered sites in 33 counties between March 2017 and December 2018. Averaging all 150 scores, overall BMP implementation on the sites was 93.8%. In general, implementation was highest on sites under public ownership, with an overall implementation of 99%. Corporate lands (commercial landowners without wood processing facilities) scored 95.3% overall, and family forest owners scored 91.1%.

As the program has consistently shown since its inception, the sites with the highest rates of BMP implementation were those where a forester was involved, the contractor had attended BMP training and the landowner was already familiar with BMPs. Other factors that boost BMP implementation are having BMPs in the sale contract, the timber purchased by an SFI mill, and a landowner forest management plan.

According to the report, most impressive is the considerable progress demonstrated by family forest owners since monitoring began in the early 1990s. This year, the 91.1% BMP implementation rate on family forest owner sites represents a 31% increase since 1992. This improvement demonstrates that ongoing education and training strategies geared towards loggers, landowners and foresters were the driving force behind the increases in BMP implementation.

A Texas A&M on-line archive has an information-filled web page detailing the program and a full lineup of every report beginning in 1992. To find out more, visit https://tfsweb.tamu.edu/BMPMonitoring