BENNETTSVILLE, South Carolina – Grit is defined as a person with courage and resolve, having a strength of character that others might not. It’s that trait a person has to keep pushing, take chances and not stay silent. It’s something Robert (Bob) Lussier, Jr. has by the bucketload. 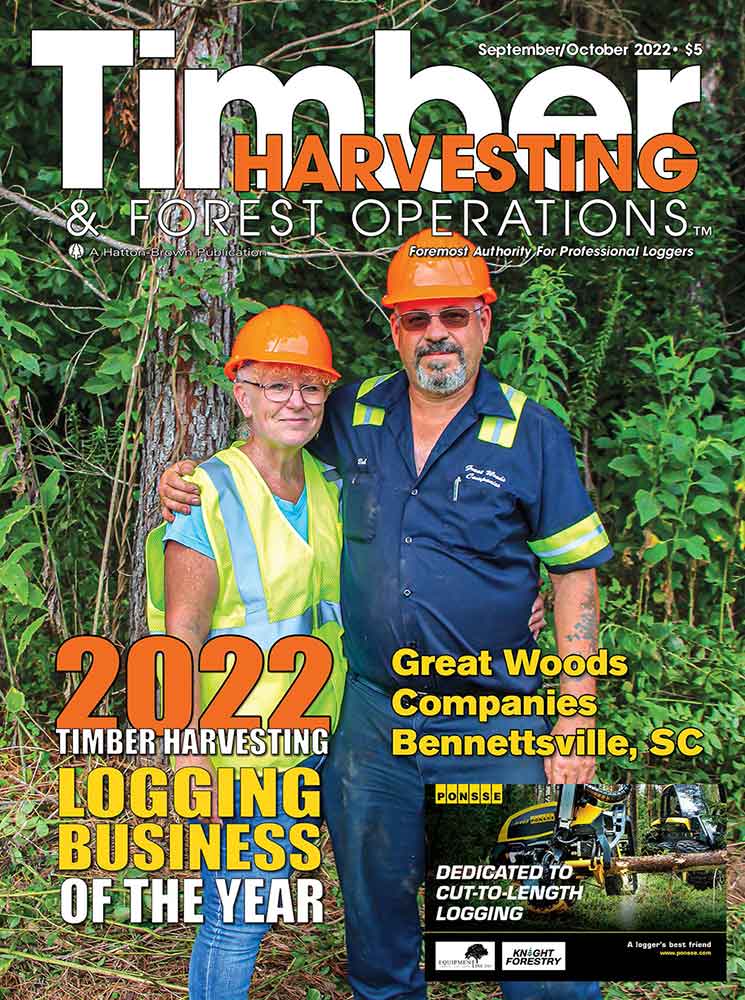 MY TAKE: Does Anyone Know?

One of the things I most look forward to each year, working on Timber Harvesting, is the Logging Business of the Year award. From reading all the nominations of worthy candidates, to being a member of the voting committee where we each present our case for our given candidate, to helping Managing Editor Dan Shell get the notification letter printed the right side up on TH letterhead (the Baby Boomer to Millennial joke writes itself here…—I just love the process. Over the years, we’ve had big businesses and small ones, guys that contract cut and ones that serve as their own timber buyers. But one thing remains the same: They are all part of an aging workforce.

LOGGING SAFETY: Are We Learning?

Logging is known as one of the most dangerous industries and occupations. Most years, loggers and fisherman vie for the top spot in fatal accident rates (think of rates as being percentages of workers).

CALLAHAN, Florida – Every day, Adam Mizell and his crew at Mizell Development, Inc., plant the seeds for tomorrow’s timber harvest. After earning a forestry degree from Lake City Community College and building a business specializing in logging roads, Mizell found himself doing more and more site prep contracts. He discovered that he was drawn to the reforestation side of the timber industry.

This article was submitted by Yokohama Off-Highway Tires America, Inc.

Pursuing safety during service or maintenance operations is just as important as any other facet of a logging operation. One of the vital cogs in any good logging company’s arsenal is its maintenance program. 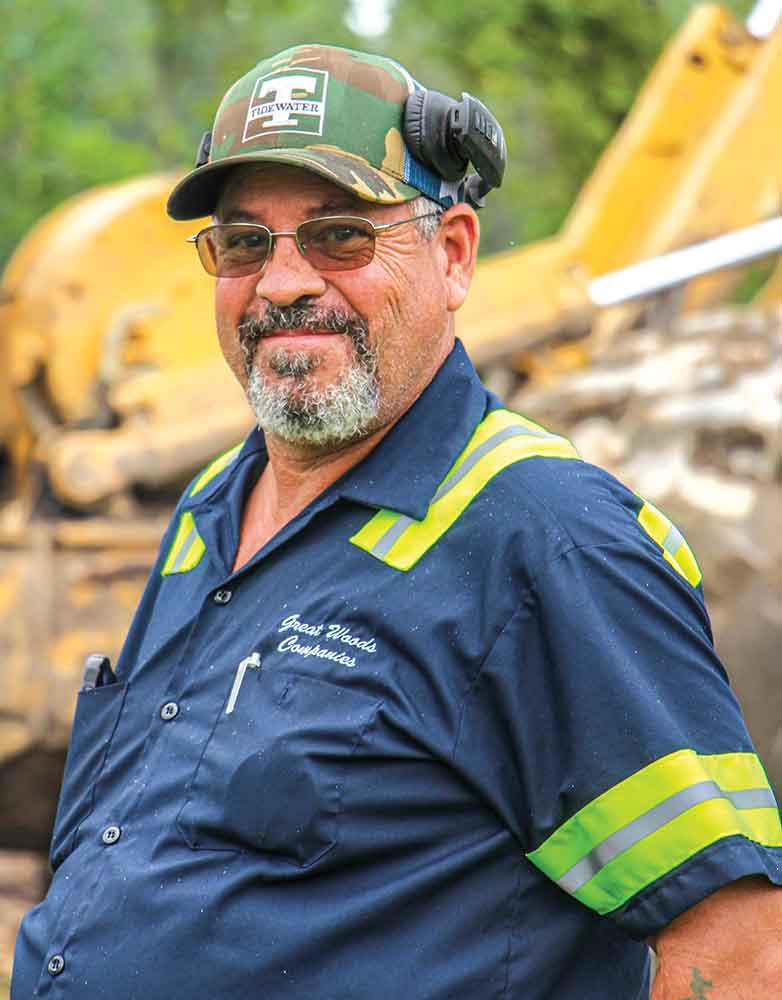 BENNETTSVILLE, South Carolina – Grit is defined as a person with courage and resolve, having a strength of character that others might not. It’s that trait a person has to keep pushing, take chances and not stay silent. It’s something Robert (Bob) Lussier, Jr. has by the bucketload. How else can you explain someone who steps out on faith to move their business 900 miles? Puts themselves out front on industry hot topics, serving organizations looking to influence policies to make things better for himself and other loggers? Someone who’s not afraid to say the culture of the forest products industry needs to change, and in a big way, before it becomes filled with insurmountable problems? Someone who takes a near fatal accident, and invites anyone and everyone into that day via video and countless words to hope that it will reach even one other logger and possibly save someone else the pain his family went through after he almost lost his arm? That’s all grit.

That grit, those reasons, are why Lussier’s company, Great Woods Companies, has been named the 2022 Timber Harvesting Logging Business of the Year. Lussier is the third winner from his adopted home state of South Carolina, and the 25th winner overall. 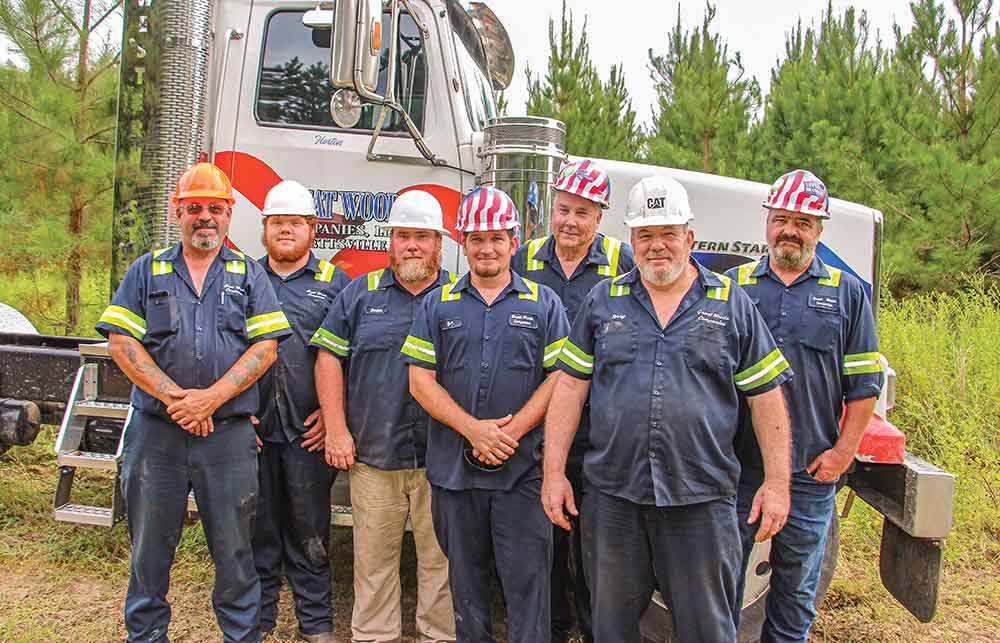 Lussier says that often when he talks with other loggers he feels like he’s preaching to the choir. But every choir needs a preacher, and for South Carolina you’d be hard pressed to find a better one. His personal story is not unlike others, having been raised in a rural community in the Northeast, starting his company, procuring timber for his crew, running a machine himself every day, and getting the wood marketed. Fast forward 20 years, and things started slowly turning downward. Having been the first person to run a rubber-tire Tigercat feller-buncher in southern New England, Lussier had relationships with folks in the Carolinas and Virginia. His Tigercat dealer was Tidewater.

That’s when the opportunity to work for a timber buyer in South Carolina presented itself to Lussier. They came down in June and talked about it. After they returned he talked to his workers about the proposition. Then, after some deliberation and number crunching, Lussier and his business drove 900 miles south. Now he says, he wishes he had done it earlier. The move south was the best thing he could have done for the business, he believes, and the success he’s had since in a new area is, again, a testament to his grit.